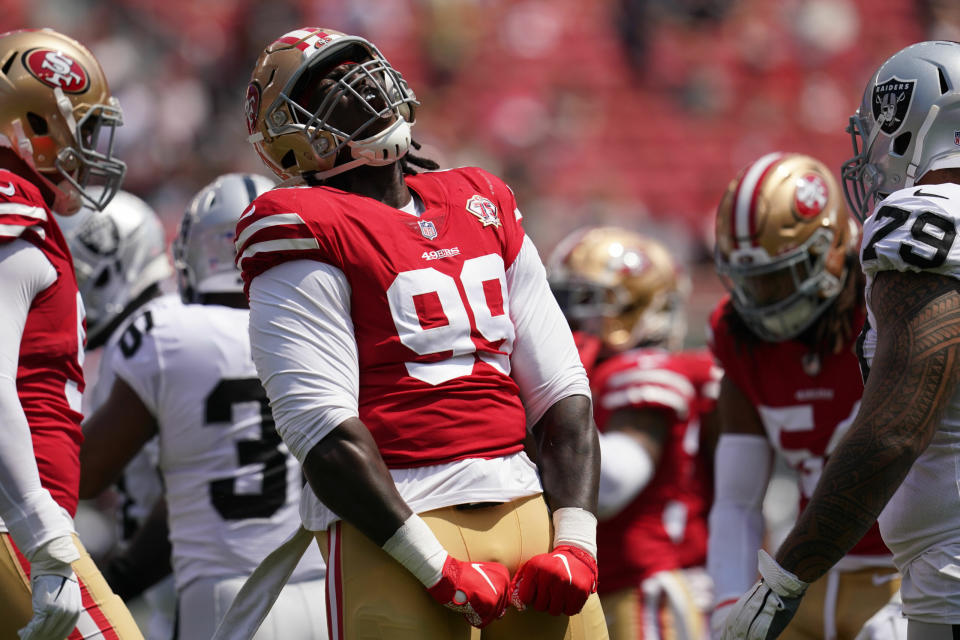 Kinlaw has been absent since Week 4, due to an injury to his knee that he suffered last season. After a Monday workout, the club opened the 21 day practice window for the third year defensive lineman. He’ll be eligible to play Saturday against the Commanders if the 49ers activate him.

Davis has been on the Non-Football Injury list since joining the team as a sixth-round pick in this year’s draft. While playing for Central Florida, he sustained an ACL tear. The club will have 21 business days to decide whether to activate or not the rookie DL.

Swilling was undrafted this season. He spent time with the Titans during the offseason as a UDFA and had a cup of coffee on the Saints’ practice squad. He was one of the three DBs who worked out with the 49ers Monday.

WATCH THE VIDEO ABOVE to see today’s piping-hot, fresh-outta-the-oven episode of THE RUSH with Minty Bets. We’ll let you know...