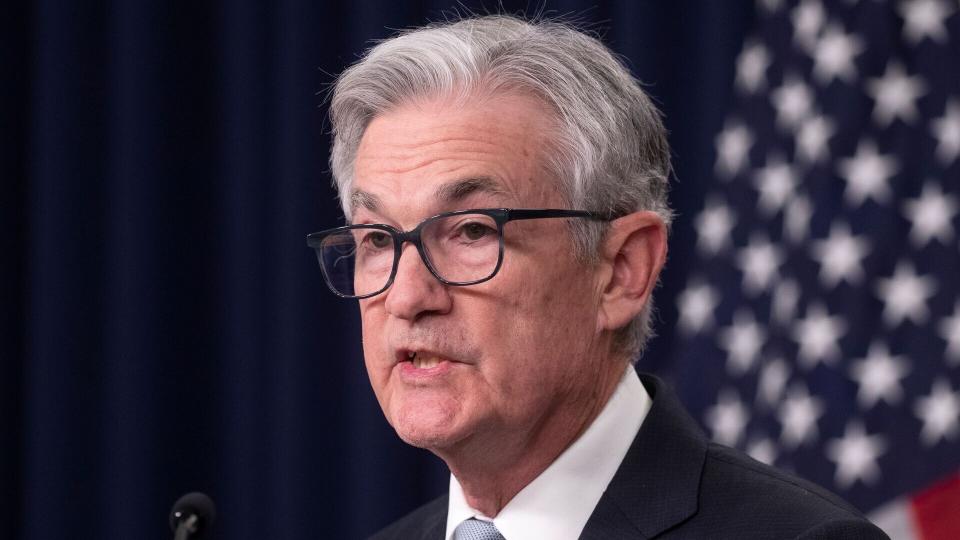 It is a move that was widely anticipated — especially since Chair Jerome Powell’s Brooking Institute speech last month — the Federal Reserve unanimously said it will raise interest rates by half a point For its final meeting of the year.

Consumer Price Index: Inflation Cools Slightly in November, Costs for Food, Gas and Shelter Remain High
Discover: 5 Things You Must Do When Your Savings Reach $50,000

But while the moderation of the pace of rate increases was expected, investors and analysts were waiting for the Fed’s new projections, to get hints as to the direction of its policy in the new year. The latest, smallest increase follows four consecutive 75-bps increases.

“Russia’s war against Ukraine is causing tremendous human and economic hardship. The war and other related events have contributed to an increase in inflation and are impacting global economic activity. The Committee is highly attentive to inflation risks,” according to the statement.

The Federal Reserve Board’s Federal Open Market Committee (FOMC) said in a statement on Dec. 13 that it decided to raise the target range for the federal funds rate to 4-1/4 to 4-1/2 percent. The Fed added that it anticipates that ongoing increases “in the target range will be appropriate in order to attain a stance of monetary policy that is sufficiently restrictive to return inflation to 2% over time,” according to the statement.

The Fed’s decision follows the previous day’s Consumer Price Index (CPI) release, which showed that inflation has cooled off — standing at 7.1% in November, down from 7.7%.

“The Fed is taking away the punchbowl just as the party was getting started. Despite a lower-than-expected CPI inflation report yesterday, the Fed’s statement today signals that they are going to be even more restrictive than they had previously indicated,” said  Chris Zaccarelli, CIO, Independent Advisor Alliance. “The market had rallied all week, punctuated by a big jump in stock prices after Tuesday’s CPI inflation report, but it quickly fell once it became clear that the Fed is planning to hold rates higher for longer.”

The sentiment was echoed by several experts, including David Russell, Vice President of Market Intelligence at TradeStation Group, who noted that while everything was pointing toward better conditions, Jerome Powell is “once bitten twice shy when it comes to inflation.”

“By raising only 50 bps and being more hawkish, the Fed is speaking louder but carrying a smaller stick. Although the Fed is tough and hawkish, it can talk cheap. If the current inflation trends are not stopped, the market may be able to overlook the aggressive forecasts. The higher terminal rate and unemployment forecasts were tough love,” Russell said. “The Fed has managed to slow inflation with these hikes and it’s working. The market seems to be getting better and taking its medication. We’re not out of the hospital yet but we’re on the mend.”

The Fed also slightly revised downward its unemployment rate outlook for 2022, to 3.7%, compared to its September projection of 3.8%, according to FOMC officials’ projections.

Nothing in today’s FOMC interest rate increase and forward guidance should be surprising to anyone who has been paying attention as the 50 basis point rate increase was well-telegraphed, as were the increase in dot-plot forecasts for terminal rates up to 5.1%, said Jeffrey Rosenkranz, portfolio manager, Shelton Capital Management, adding that keeping the word ‘ongoing’ in the statement underscores their attempt to try and keep financial conditions tight — right up until the time when will be appropriate to pause,” he added.

“Digging further — while the median forecast is 5.1%, 7 of the 19 forecasters see a rate above 5.25% and there is wide dispersion, which just underscores how much uncertainty there is around the direction of economic activity,” he said. “If the Fed truly is going to be data dependent and understands the significant lag between higher rates and their impact on the economy, then there is no reason to unduly rely on any of their forecasts since their track record is pedestrian. The revisions to unemployment and GDP forecasts are essentially conceding that a recession is coming, and we completely agree with this assessment as the likelihood of an overcorrection is rising.”

What will this new hike do for you?

In terms of how this affects credit card rates, they generally move in line with the Fed’s actions, and this is already the largest calendar-year increase we’ve seen in credit card rates since we started measuring them in 1985, said Ted Rossman, senior industry analyst at Creditcards.com.

“The average credit card charged 16.3% at the start of the year and it’s a record-high 19.4% now,” Rossman said, adding that there’s a significant cumulative effect to that.

“For someone making only minimum payments toward $5,000 in credit card debt, the rate hikes have added seven months to the payback cycle and cost an additional $1,166 in interest,” he said.

Rossman said that HELOC and car loan rates are at their highest levels in over a decade, while mortgage rates have only slightly slowed.

“There’s no doubt that the price of money has gone up considerably in 2022. Although this is a bitter pill, it was necessary to fight the highest inflation readings since 1980. We’re starting to see evidence that inflation is lessening, albeit slowly,” he said, adding that the best guess is that the Fed will raise rates another percentage point or so by the spring, and then they will likely pause for a while.

“This “higher for longer” idea means that borrowers should continue to face the headwind of higher rates throughout much, if not all, of 2023,” he said, advising consumers — to the extent that they can — prioritize paying down high-cost debts such as credit cards — perhaps via a 0% balance transfer card.

“And buckle up for continued market volatility in the new year,” he said.

Michele Raneri, vice president and head of U.S. research and consulting at TransUnion, said that while the Fed remains committed to raising rates until inflation slows down, there may be signs that previous rate hikes are beginning to take effect, and this may represent the beginning of a new, more moderated phase in the Fed’s fight against inflation.

She said, in turn, that consumers in the mortgage market may continue to hold off on buying a house or refinancing until they see if it is the first step towards a stabilization and eventual fall in interest rates in not too distant future.

“Those consumers who do purchase a home may continue to look towards adjustable rate mortgages in the short term. HELOCs and HELOANs will likely continue to be attractive options for consumers looking to tap into available equity to pay off higher-interest debt,” said Raneri.

She warned, however, that as the holiday shopping season approaches, consumers need to be careful about using credit. Interest rates are already high and will continue to rise.

Take our poll: How Long Do You Think It Will Take You To Pay Off Your Credit Card Debt?

“As always, it’s important for consumers to consider what they will confidently be able to afford to pay off and avoid delinquency,” she added.

This article first appeared on GOBankingRates.com: Fed Raises Rates Half a Point To Wrap Up 2022, Warns Additional Increases Are Coming 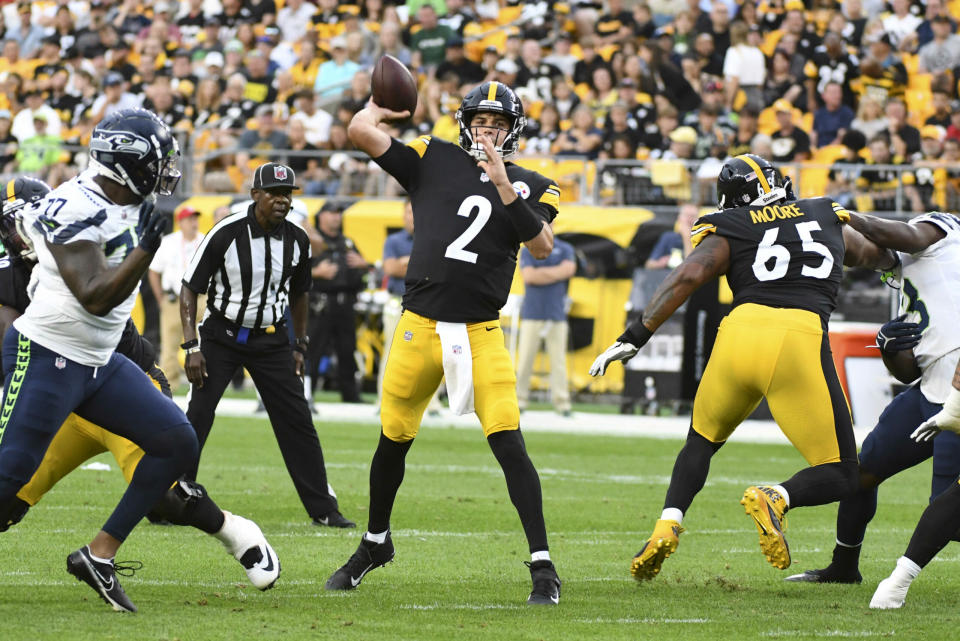 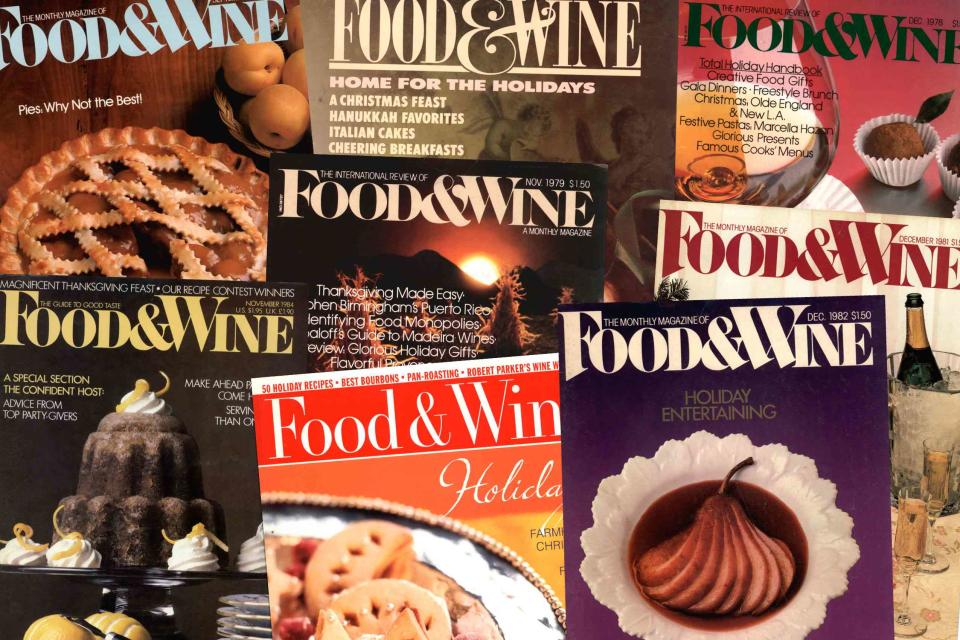 Next post Food & Wine’s Most Amazing, Wildest, and Most Wonderful Holiday Covers
365Day

Last week Pinterest, Inc. (NYSE:PINSInsiders who purchased shares during the past 12 months were handsomely rewarded. The company's market value...

Jasper TherapeuticsThree abstracts demonstrate the safety and efficacy briquilimab when combined with low-toxicity radiation conditioning in order to attain full...

Authorities have dismantled a crypto fraud operation working out of Bulgaria, Cyprus and Serbia that defrauded victims of "no less...

Trian Partners Founder and CEO Nelson Peltz It was stated that Walt Disney Co's (NYSE: DISA board change would be a shift in the company's...

Numerous insiders have increased their holdings significantly over the past year. Coca-Cola Europacific Partners PLC (AMS:CCEP) stock, indicating that insiders'...