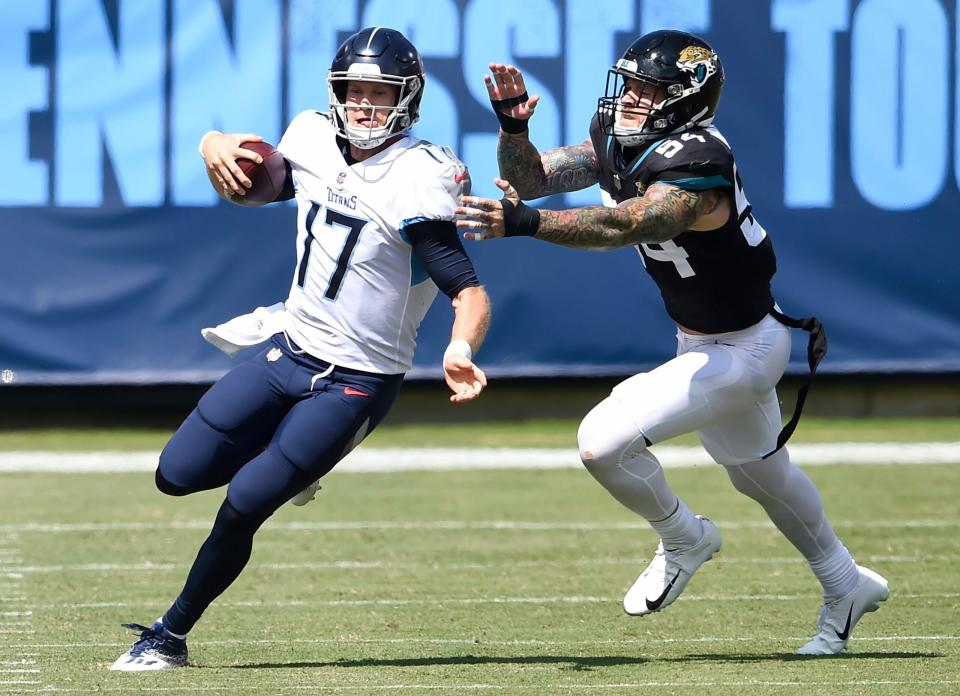 It looks as though it’ll be up to Tennessee Titans rookie quarterback Malik Willis to hold off the Jacksonville Jaguars in the AFC South.

According to Titans reporter Paul Kuharsky, veteran starting quarterback Ryan Tannehill is “very likely done for the season” due to an ankle injury that may require surgery to repair.

The Titans currently sit at 7-7 and are one game ahead of 6-8 Jaguars in AFC South. So long as Jacksonville doesn’t fall two or three games back in the next two weeks, the Titans and Jaguars will play for the division crown in a Week 18 matchup at TIAA Bank Field in Jacksonville.

Willis, who was the third round pick in 2022 NFL Draft, began two games when Tannehill was injured. Willis struggled to pass the ball, finishing only 42.3 per cent of his passes without touchdowns or interceptions.

Tannehill has been Tennessee’s starter since 2019, compiling a 36-19 record in his four seasons with the team. Tannehill’s current season includes 13 touchdown passes and six interceptions.