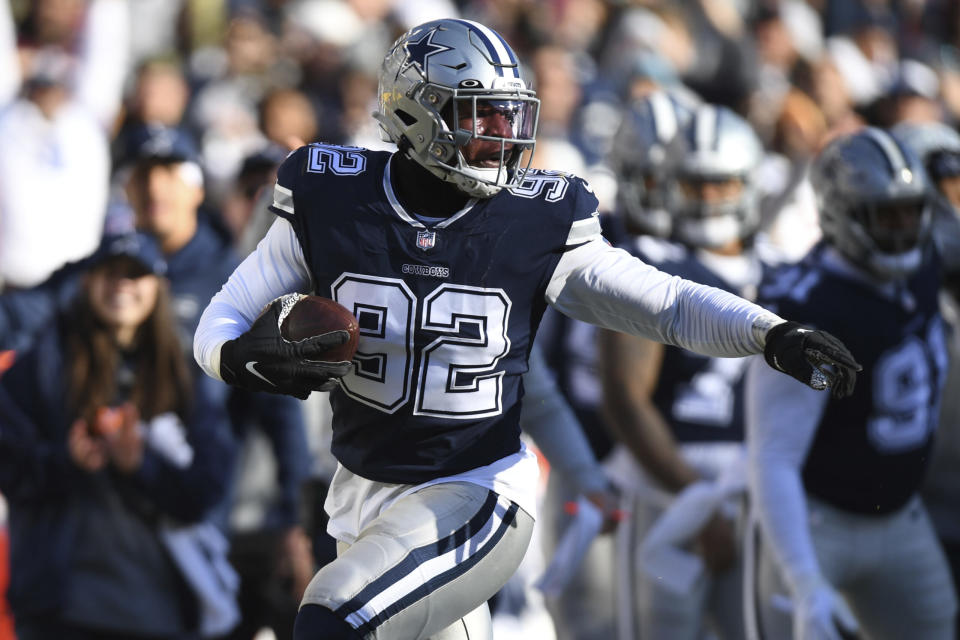 A future Hall of Fame left tackle is likely to get some practice at right tackle. The Cowboys appear ready to look to Tyron Smith to return to a position he hasn’t played since 2011 to help them make up for Terence Steele’s absence. Smith impressed teammates at his first right side practice reps. He could join Josh Ball and Jason Peters as part of a rotation this Sunday.

Injuries report: Three Cowboys defenders were listed as limited. Micah Parsons gives context on his viral comment about Jalenhurts, T.Y. Hilton is a good friend to CeeDee Lamb. This relationship will be beneficial for both of them. We’re getting to know the Cowboys’ Week 15 opponent, including the second-year quarterback who’s suddenly playing like he did in college again. Both members of Dallas’s rushing duo land on the RB Index, Dan Quinn’s name is reportedly already on a shortlist, Jerry Jones gets his home renovation project approved, and a former Cowboys playmaker is wondering what got him traded… back in 2018. Here’s the News and Notes.

He was praised by his teammates for his seamless transition to right tackle in practice on Thursday. “It’s Tyron,” left guard Connor McGovern said. “What else can I say?” Micah Parsons added, “He’s a freak.” Smith hasn’t played the position since 2011, but he could start there Sunday.

Terence Steele’s injury pressed Josh Ball and Jason Peters into emergency service last week at right tackle, but Tyron Smith started all 16 games there in his first season and was named to the All-Rookie Team. Mike McCarthy says he’s not worked with a rotation at tackle before, but never say never. He explained he’ll let the week’s practice reps dictate who plays where and when on Sunday.

Dorance Armstrong was not able to practice due to an ankle injury sustained last week in Houston. He reportedly left AT&T Stadium after the game wearing a walking boot. Jayron and Jayron Kearse also had foot issues. DeMarcus Lawrence was also limited.

T.Y. Hilton has been in town for just a few days, but CeeDee Lamb is already picking the veteran’s brain. “He’s seen the game for a while,” Lamb said, “so anything he says as far as route running or a release, anything is a positive — especially coming from him.” Of course, Lamb has been a big help to his new teammate, too, as he helps Hilton learn the Cowboys playbook, maybe in time to play Sunday.

Saying a two-interception Week 8 loss “flipped a switch” in him, last season’s interception leader hasn’t thrown a pick since. Lawrence suddenly looks like the Clemson national championship MVP and quarterback Lawrence won 34 of his 36 games. The Cowboys will be in town with a patchworked second, hoping to end Lawrence’s hot streak.

Maurice Jones-Drew has Tony Pollard ranked as the third-best back in the league heading into Week 15, noting that he’s now just the fifth player in Cowboys history with 10 touchdowns over a six-game span. Ezekiel Elliot is No. Dallas has the only other squad that lists two rushers, Ezekiel Elliott.

6 Things to Know About Cowboys Next Test, The Improving Jaguars: Cowboys Wire

Forget the Jaguars’ 5-8 record; here’s what you should remember about Week 15’s matchup. They’re on the rise, their quarterback was just named AFC Offensive Player of the Week, running back Travis Etienne has been solid as a rookie, and their defense features a strong pass rush. They have difficulty stopping the air attack and Dallas has. Never lost Jacksonville

‘I’m sure they hate me’: Micah Parsons responds to fury from Eagles fans :: NBC DFW

Parsons says of his podcast comments from earlier in the week, “We were just talking football. Not once did I ever disrespect [Jalen] Hurts or any other player in any way.” But he maintains that the league’s MVP award should be won by more players who aren’t quarterbacks. “I asked, ‘Why is the quarterback the most valuable position when there are 22 jobs?’ Parsons said. “Now, is it the hardest position? … You can argue, but I’m just bringing light to the defense.”

Stars such as Micah Parsons are leading Cowboys’ defense. But don’t forget about the other ‘hims :: ESPN

Parsons may be the unit’s MVP, but he’s just one reason the Cowboys’ defense is ranked third in points allowed (17.6), fifth in yards allowed (310.9), second in sacks (48), fourth in yards per play (4.85) and fifth in third-down defense (34.9%). Trevon Diggs and Trevon Lawrence, Malik Hooker, Leighton Van Esch, Donovan Wilson, Trevon Hooker, Malik Hooker and Malik Hooker are just a few of the Cowboys’ defense players who have shown flashes this season. “That speaks to the unselfish nature of the group, and it speaks to the entire crew and how deep and how we roll together,” Dan Quinn said.

One insider claims Dan Quinn is on the shortlist for the job of Carolina Panthers head coach. Matt Rhule was dismissed earlier in the season. Steve Wilks has been appointed interim head coach. Quinn and the Panthers are familiar with one another after Quinn’s tenure with the Panthers’ NFC South rival Falcons.

The league approved Jones’s plan to spend nearly $300 million on freshening up the 13-year-old home of the Cowboys. The league gave the OK to the Cowboys to withhold their regular contributions of shared gates revenue to help finance the work. “It will be something that, for the most part, all fans will benefit from,” Stephen Jones said, “and certainly we’ll take the next step to have AT&T being hopefully one of the best stadiums in the world for the next 14 to 15 years.”

Ex-Cowboys WR puts Dallas on blast for trading him: ‘Confuses me’ :: Heavy.com

Ryan Switzer only lasted one season with the Cowboys, before being traded to the Raiders. He’s still trying to figure out why. “I asked all season why I wasn’t getting any offensive snaps. Never got any answers,” the current free agent tweeted this week. Dez Bryant offered a cryptic response, typing in part, “you know what the issues was.” 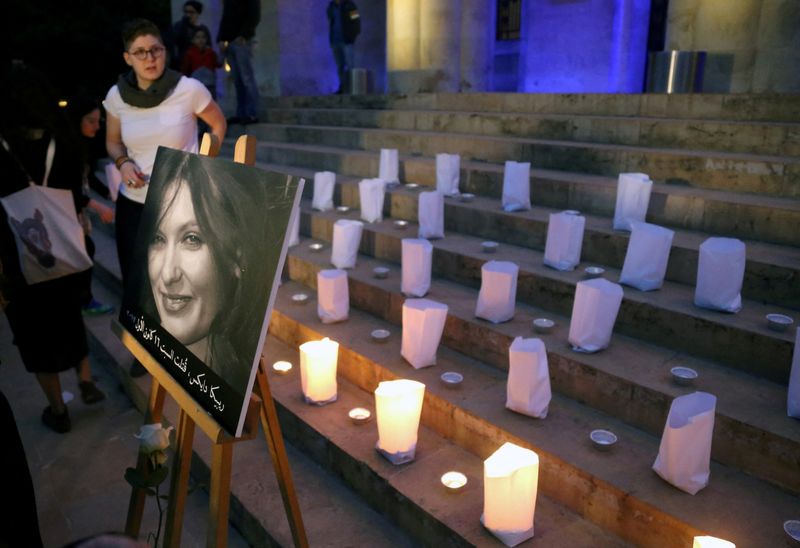 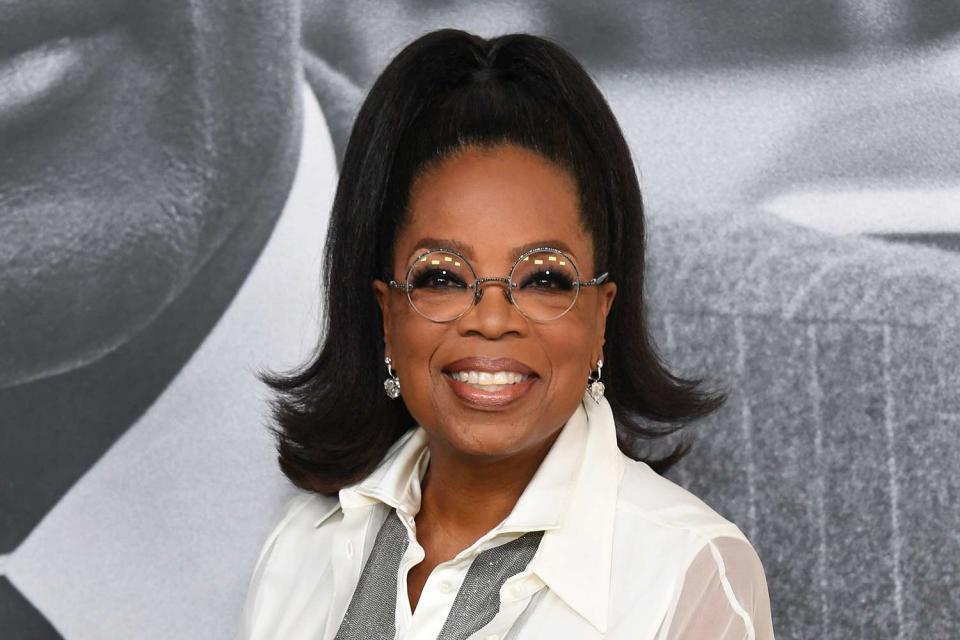 Next post This Luxe, Oprah-loved Brazilian Bath Salt Is the Perfect Gift for Hotel Spa Fans — and It’s on Sale Today
365Day