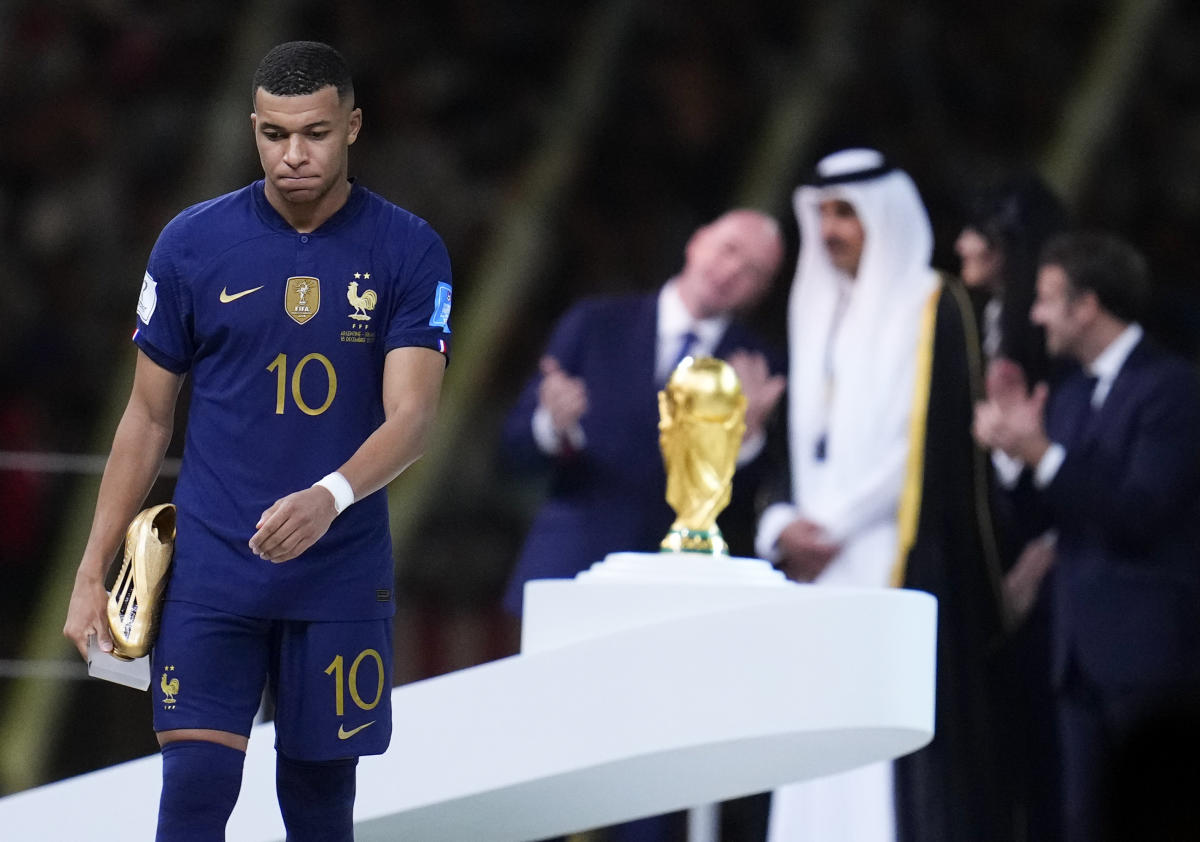 PARIS (AP) — Fans are set to welcome the France team in central Paris on Monday evening after its loss against Argentina in in one of the greatest finals in World Cup history.

Kylian Mbappé and his teammates, who left Qatar on Monday, are expected to go to Place de la Concorde in the evening to greet supporters, according to a statement from the French Football Federation.

The parade will not be held on Champs-Elysees Avenue, as it was in 2018, when France won the World Cup.

In his first message published on Instagram and Twitter following Sunday’s defeat, Mbappé posted a photo of himself, head down, behind the World Cup trophy with the message: “We will be back.”

More than 24 million people — eight out of 10 viewers — watched the final on French TF1 television, a record high.

Maple Leafs Bobby McMann, forward (#74), thought he had scored his first NHL goal. But it wasn't. (Photo by Gregory...

Ovie Oghoufo can be contacted at on his way to Baton Rouge After two years living in Austin. He was...

The New England Patriots have announced they will begin the process of interviewing “offensive coordinator candidates” next week.Yes, you read...